Donor: David Lynch, one of the most distinguished American film directors and producers, a screenwriter and musician

Decorated with stylish and beautiful graphic designs, the skateboard comes from the extraordinary skateboard collection produced under the auspices of David Lynch. The creator of the landmark Twin Peaks series, which has just returned to screens 25 years after the previous season, has personally put up this item for this year’s auction.

Produced by the renowned American company Habitat Skateboards, it is made of top-quality Canadian maple wood.

It contains autographs of actors featuring in the series as well as of its creators including David Lynch himself, one of the most famous film directors and artists of all time. 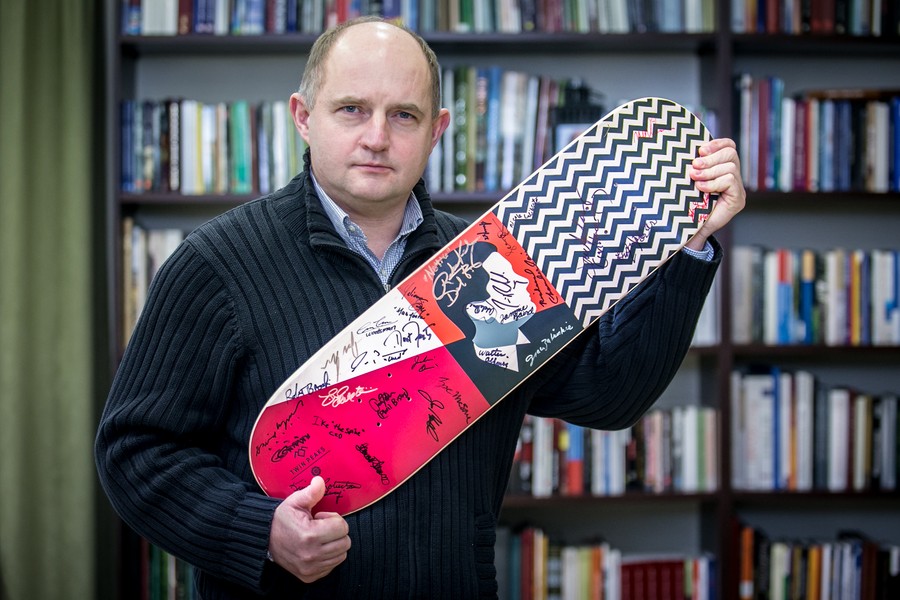 – Last year, the main object during our charity auction was a guitar signed by Sting. This time it is a unique skateboard from David Lynch. This is a real delight for admirers of this artist and lovers of the famous series „Twin Peaks” – says Marshal Piotr Całbecki.